Patuxent River Park uses live streaming wildlife cameras to give you up-close footage of some of your favorite animals. Enjoy these osprey nest cameras and beaver lodge cameras day and night.

About the Osprey Cam

The 2020 nesting season is getting underway! The first Jug Bay Osprey was spotted on a nesting platform by Park staff on Monday, March 2.

These live webcams are located at Patuxent River Park-Jug Bay Natural Area in Upper Marlboro, Maryland. During June and July, you may see park staff handle the birds at these nests as part of our monitoring efforts. The park staff is trained and certified to do so.

Please be aware that these are wild osprey nests and anything can happen. While we hope that all the osprey nestlings hatched in these nests will grow up healthy and successfully fledge each season, things like sibling rivalry, predators, and natural disasters can affect them and may be difficult to watch. 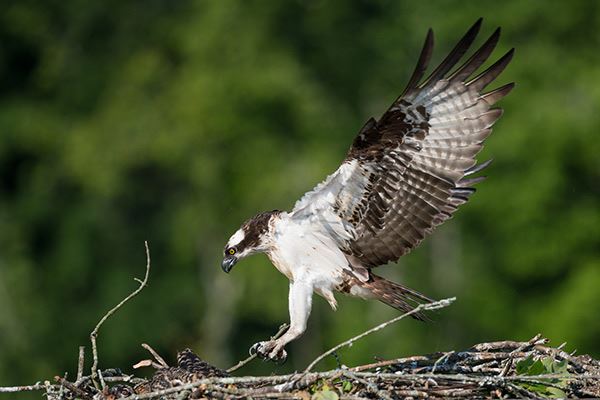 The Osprey (Pandion haliaetus) is believed to have derived its name from the Latin phrase, avis prede, meaning bird of prey. Ospreys are a fascinating bird that can be seen throughout the Chesapeake Bay and its tributaries during Spring, Summer, and Fall. There are approximately 6,000 to 8,000 mating pairs in this region, one of the highest concentrations in the world. The species exists on every continent except for Antarctica. They feed entirely on live fish that are easily carried back to the nest with their opposable outer toes and barbed footpads called “spicules.” While in flight, Ospreys position the caught fish headfirst to reduce wind resistance. Pound for pound, they are considered one of the strongest birds in the world, able to carry prey half their body weight. Ospreys mate for life, annually returning to the same nest in North America after migrating thousands of miles from Central and South America for the winter.

For more than 30 years, Patuxent River Park has been conducting scientific research to monitor the local population of Osprey. This includes installing nest towers and equipping birds with leg bands. One female has been returning to the same nest for over 20 years! 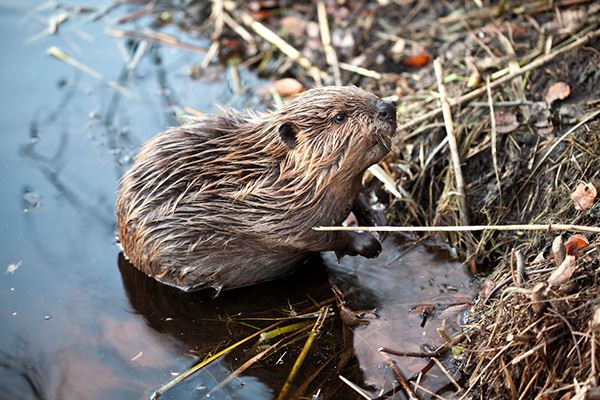 Click here to make a donation to Patuxent River Park.